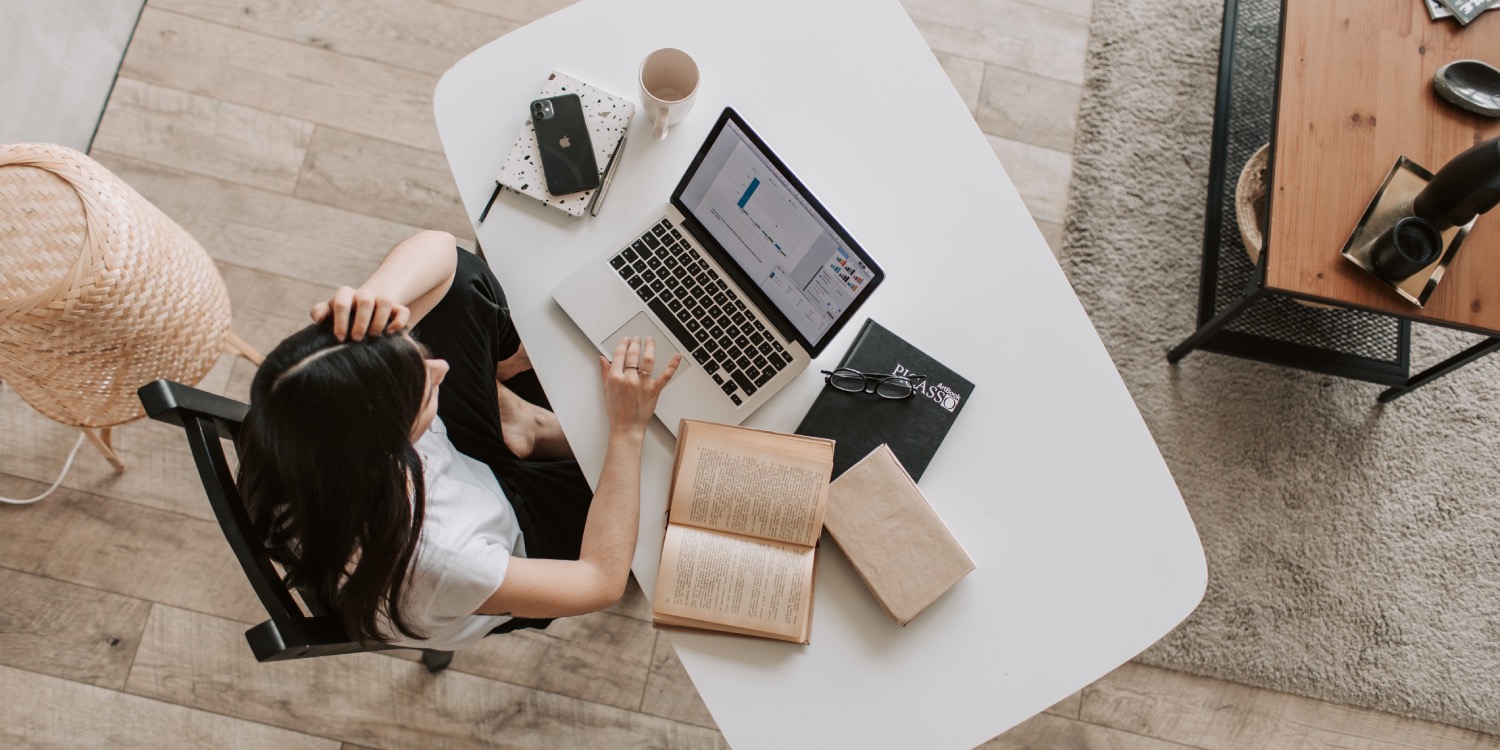 Positive Development for Freelancers During the Pandemic

The freelancer study by CodeControl and 9am shows: For many freelancers, the pandemic had a positive impact. They are in higher demand than before. 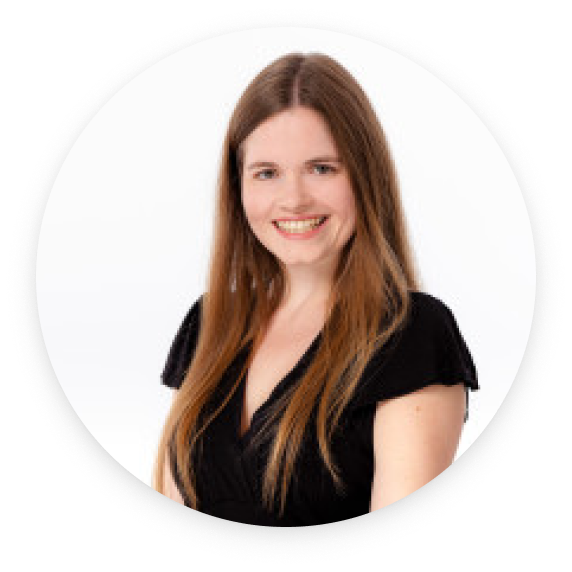 How has the COVID pandemic affected freelancers? Are they struggling to survive in uncertain times, or is the big step towards the Future of Work rather benefiting them? The big survey by 9am and CodeControl shows: Overall, the trend is positive for freelance talent. However, there are big differences between the phases of the pandemic and the different industries.

The start of the pandemic was a difficult time for many freelancers. The general uncertainty in many companies also appears to have had a negative impact on demand from freelance talent: 58 percent of respondents received fewer inquiries in the first six months of COVID than in 2019. For just under 21 percent, nothing changed, and only 21 percent saw more project inquiries.

The picture changes in the later course. More than six months after the start of the pandemic, 43 percent actually received more inquiries than in 2019, and 19 percent reached a similar level. However, 38 percent still received fewer requests than before COVID. Marc Clemens is the founder and CEO of CodeControl, where he and his team place tech freelancers. He can confirm this development from his own experience:

"From March/April 2020 on, inquiries dropped significantly. There was a stagnation that lasted throughout the summer. But from September on, things really took off again and since then, the inquiries have been steadily increasing."

Freelance Developers are the Winners

The increase in requests happened mainly in web development (80 percent), app development (79 percent) and software development (62 percent). In marketing, 50 percent of respondents noticed an increased interest in their services. In contrast, the situation was quite different in journalism. Within this field, 70 percent had to put up with fewer inquiries, even in the long term, and only 15 percent experienced an increase.

According to the survey, freelance developers in various fields have come through the pandemic particularly well. These areas are currently still rather male-dominated - a possible explanation for the differences between the genders that can be seen. Among female respondents, 65 percent received fewer inquiries at the beginning of the pandemic, compared to "only" 53 percent of men. The positive trend further down the line was more noticeable among male freelancers too (52 percent), while only 33 percent of women saw more inquiries from fall 2020 on.

Fees Depend on the Demand

The picture is also diverse when it comes to fees. Overall, 40 percent are now able to charge higher rates for their services than before the pandemic, but on the other hand, 25 percent are faced with clients who are now able or willing to pay less. There are strong differences between the business fields in this aspect too: While most developers were able to raise their rates (between 68 and 82 percent of respondents, depending on their specialization), only 19 percent of journalists were.

When it comes to the scope of projects, it is clear that there is a trend toward long-term collaboration with freelancers. 37 percent said their customers are now more interested in hiring them for the long run. It is possible that companies are still reluctant to hire new employees, but at the same time recognize that they need support on a permanent basis. For many freelancers, this is a positive development because long-term projects offer them more reliability for planning.

For only 25 percent of respondents, their clients are cautious and prefer to work together on a short-term basis. Journalists are also affected here: 52 percent of them tend to receive shorter assignments than before the pandemic, and only 19 percent are commissioned on a more long-term basis. In contrast, web developers (76 percent with longer-term assignments) and app developers (68 percent) are the winners here as well.

"In some industries, we can see that the economy is recovering and there's not enough tech talent - maybe the gap is even bigger than before. As a result, some clients want to work with freelancers long-term because they don't see an alternative. They simply can't find talent for permanent positions or don't have time for the lengthy search."

In many companies, the pandemic has been a driver for remote work and digital collaboration. The freelancers surveyed can also confirm this development. For 36 percent, it is now less important to the client where they work from, and for 33 percent, the work location was not an issue before. This means that 69 percent of freelancers are location-independent. In addition, for 73 percent, digital collaboration with customers has improved. It turns out that freelancers can benefit from these changes and enjoy more flexibility and more efficient collaboration.

"Remote work is no longer questioned by our clients now at all. Plus, the difference between freelancers and employees has become smaller, because permanent employees have also worked remotely in most cases."

A general assessment of the freelance market beyond their individual situation is positive for the majority of respondents. 41 percent see a positive development, 10 percent no change. On the other hand, 37 percent also give a rather negative forecast. Not surprisingly, this proportion is higher in industries with negative development, for example journalism. By contrast, the assessment among the developers surveyed is positive.

Client Acquisition: Recruiters’ Times Are Over

When asked about the preferred channel for client acquisition, it is clear that the future belongs to marketplaces and communities. 38 percent prefer this route, while only 19 percent prefer to rely on recruiting agencies. Among freelancers who have only been active for three years or less, 45 percent value the direct route via a marketplace or community.

Many Freelancers Benefit from the Pandemic

The freelancer market has experienced a positive development overall as a result of the pandemic. After a brief slump at the beginning, 43 percent of respondents were later able to see even more inquiries than in 2019. It is possible that many companies want to remain flexible in uncertain times and therefore prefer to work with freelance talent rather than hire new employees.

At the same time, the proportion of long-term projects has increased. One reason could be that clients have learned to value the collaboration with freelancers and are now generally more open to them. Presumably, the general strengthening of remote work and digital collaboration has also supported this development.

However, the survey also shows that there are clear differences between the business fields. While developers are in high demand and can demand higher fees, the situation looks worse for journalists.

For the freelancer study, 485 freelancers who were also active before the start of the pandemic were surveyed via an online questionnaire in the summer of 2021. Among participants, 54 percent were men, 38 percent were women and 8 percent defined themselves as non-binary or did not want to answer the question. The industries were mixed, with design at 16 percent and software development at 14 percent being the most represented. With 65 percent, the majority of respondents live in Germany.

Dunja Rühl is a writer and content marketer specializing in Future of Work topics. She has worked in a content marketing agency and a software start-up before becoming a full-time freelancer.

How Companies Should Handle Their Talent Management During a Crisis

In uncertain times, companies face challenges in their talent management. How do they watch their costs while still attracting the right ta...

For companies who hire freelancers in Germany, false self-employment is an important topic, and it has serious legal consequences. Learn ho...

Positive Development for Freelancers During the Pandemic

The freelancer study by CodeControl and 9am shows: For many freelancers, the pandemic had a positive impact. They are in higher demand than...